Stallion $15,000. DOCS DIG CASH also known as “Cash” is up for consideration. Currently at the trainer and being trained for barrels. Should have great top end speed with his genetics. There are many greats on his papers, including Dash For Cash & Fire Water Flint. 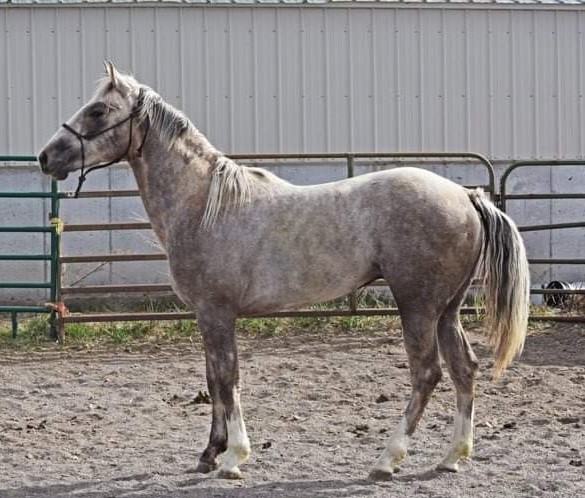 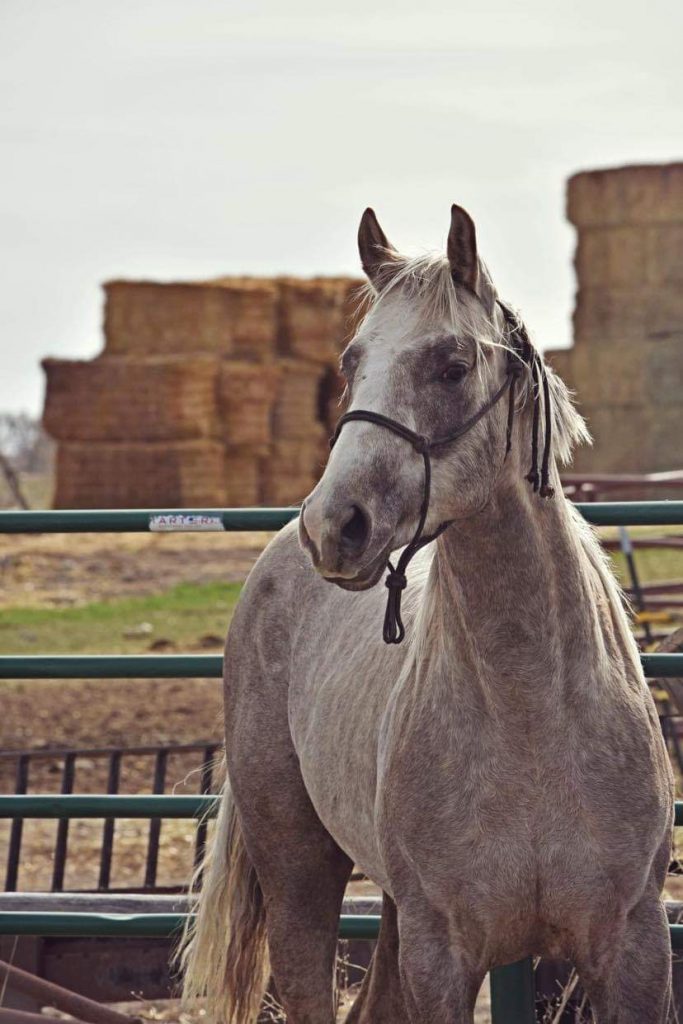 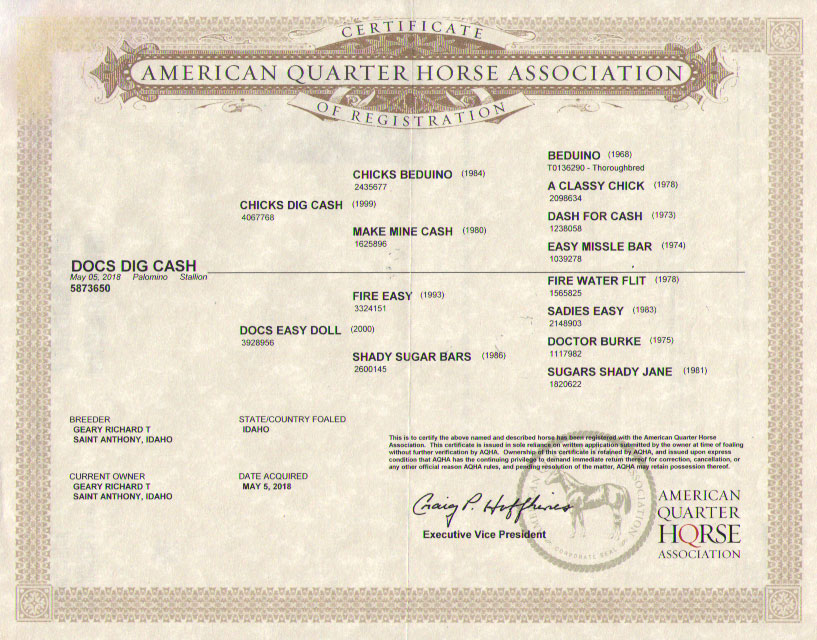 We are delighted to introduce this fine young stallion into our breeding program. He has impressive bloodlines, good looks & the perfect temperament. We are expecting “Cash” to do big things!

Chicks Beduino, born in 1984 was a Gray Stallion that earned $412,099 during his racing career. One of his biggest wins was the Bay Meadows Futurity! He was awarded the honor of American Quarter Horse Hall of Fame in 2007.  This stallions speed index was ranging from 97-101 on average! From a total of 2,014 foals, the gray stallion sired 134 stakes winners, 7 champions and 79 Superior earners!

Accessibility by WAH
Call Us Text Us