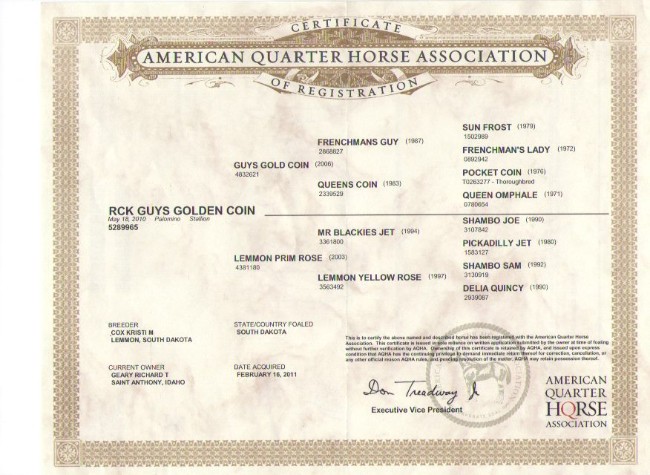 RCK Guys Golden Coin is a grandson of Frenchmans Guy who is built and bred to barrel race. His willing disposition and long legs are proving to make him a real contender in the arena. Guy has placed in the 1D during a couple of races in 2017! We are so pleased with his performance.

Guys sire, Guys Gold Coin is a multiple 1D winner and won the DASH AND DANCE BARREL FUTURITY in Spearfish, SD in 2010, his total earnings are in excess of $10,000.00.

Guy is registered as a breeding stallion with the AQHA and APHA. He covers registered mares.

Accessibility by WAH
Call Us Text Us